White roof: its advantages for your home

In recent years, the white roof is definitely up to date in Canada and especially on our Quebec lands. Whereas, in the recent past, flat roofs were systematically covered with a black coating, light-colored materials, including white roofs, are systematically preferred today.

The reason for this change? First and foremost in relation to energy consumption! Already in 2010, an article with a strong connotation of sustainable development was circulating about it. It was already making an implacable statement:

At first glance, the problem is simple: the black of roofs absorbs almost all the rays, which stores the heat in the houses. The white roof, for its part, reflects the majority of these rays, which can lower the temperature of a residence by several degrees, especially those whose roof space is poorly insulated.

The white roof: your best shield against the sun

Unlike the black roof, the white roof has a strong reflecting power of sunlight which is wonderful, whether in urban or rural areas. In other words, it is by its ability to reflect the sun's rays that the white roof has emerged and it now equips most new buildings. Its positive impact on ecology is such that it has quickly found a new nickname: the green roof, more representative of its green dimension. In winter, no change, the white roof insulates from the cold as well as the black roof, especially if it is equipped with an elastomeric membrane installed by a professional roofer from Les Couvreurs Duro-Toit. 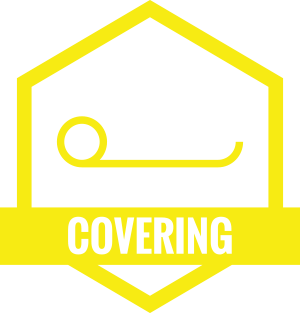 A white roof = energy savings and a relieved wallet

In summer, on the other hand, its characteristics make it possible to reduce its energy consumption in a substantial way: it delays as much as possible the use of air conditioners and fans and your home stays fresher, longer! Your bill goes down, and the white color of your roof allows you to have a positive impact on the ecology of the planet.

Due to climate change, summers are getting hotter in Montreal and elsewhere. It is no longer rare to reach scorching temperatures. A roof with white membranes is therefore perfect for dealing with these changes, but that's not all!

White roofs are so effective that they can be used to compensate for any failing insulation. And because white membranes accumulate much less heat than black, they have a much more interesting longevity!

Indeed, black roofs tend to overheat more easily, we often witness premature degradation of their membranes. This is not the case of the white roof, which does not overheat and therefore much better withstands the wear of time.

The white roof, a miracle product?

As you can see, the white roofs did not impose on our roofs for nothing. Their composition prevents heat from building up and helps reduce urban heat islands, whether in Montreal, Quebec, Laval, Sherbrooke, or in all major cities in Quebec and Canada. Of course, it is up to professional roofers like Les Couvreurs Duro-Toit to install a white roof so that everything is done in compliance and brought up to standard for optimal longevity.

If it was necessary to find a weak point with the white roofs, this one resides in its main strength. If the black roof accumulates too much heat in summer, it is not a problem in winter. And this is the only natural weak point of a white roof covering: during the winter months, the heat losses are slightly higher than those recorded with darker membranes.

That said, according to experts, this loss is almost insignificant compared to the savings made in the summer, and is not felt by the occupants during the winter months, which in any case, still warm their homes accordingly.

You want to enjoy the benefits of a white roof and discuss its installation with experts? Contact Les Couvreurs Duro-Roof roofers for a quote and a quick appointment!